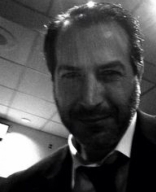 Thanks for visiting my about me page. As you can see from the Navigation  Menu, I might be called “A Jack of all trades,” but I prefer “renaissance man” (historically known as a polymath). What’s that, you ask? Let’s see what Wikipedia has to say…

A polymath (Greek: πολυμαθής, polymathēs, “having learned much”),[1] sometimes (if male) referred to as a Renaissance Man, is a person whose expertise spans a significant number of different subject areas. In less formal terms, a polymath (or polymathic person) may simply be someone who is very knowledgeable. Most ancient scientists were polymaths by today’s standards.[2] The term was first used in the seventeenth century but the related term, polyhistor, is an ancient term with similar meaning.

The common term Renaissance man has been used historically to describe polymaths or persons who aspired to be polymaths.[3] The concept emerged from the numerous great thinkers of that era who excelled in multiple fields of the arts and science, including Leonardo da Vinci, Michelangelo, Galileo Galilei, Nicolaus Copernicus and Michael Servetus[4]. The emergence of these thinkers was attributed to the then rising notion inRenaissance Italy expressed by one of its most accomplished representatives, Leon Battista Alberti (1404–1472): that “a man can do all things if he will”. [5] His concept embodied the basic tenets of Renaissance humanism, which considered humans empowered and limitless in their capacities for development, and it led to the notion that people should embrace all knowledge and develop their capacities as fully as possible. The term applies to the gifted people of the Renaissance who sought to develop skills in all areas of knowledge, in physical development, in social accomplishments, and in the arts, in contrast to the vast majority of people of that age, who were not well educated. This temporarily limited term entered the lexicon during the twentieth century and has been applied to great thinkers living before and after the Renaissance such as Aristotle, Avicenna,Johann Wolfgang von Goethe, Benjamin Franklin and Isaac Newton. Terms such as polyhistor, polymath or even universal genius are sometimes employed as synonyms to the term.

From Wikipedia, the free encyclopedia http://en.wikipedia.org/wiki/Main_Page

One thought on “About”

This site uses Akismet to reduce spam. Learn how your comment data is processed.

What’s My Home Worth?